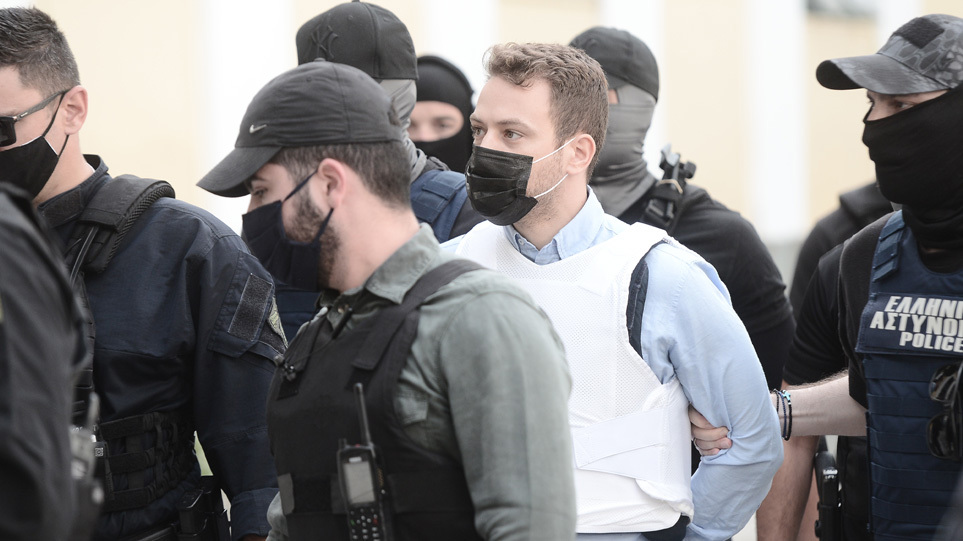 In the expected decision of the pre-trial detention of the 33-year-old pilot who killed the 20-year-old wife and mother of their baby at his house in Glyka Nera, the Prosecutor and the Investigator proceeded with consent.
Share

Directly from the Courts of Evelpidon, the murderer who shocked the public opinion, with his actions and his theatrical performances, was taken to Korydallos Prison.

Depending on their opinions, suggestions will be made for the cell and the wing that will be led. In any case, he will be under surveillance and away from other detainees who could attack him. Leaving the prosecutor’s office, he told reporters: “I apologize a lot.”

“I wish I could go back in time”

In a statement, the defense attorney, Alexandros Papaioannidis, stated: “This is a long interrogation where the necessary clarifications were given. The accused received several questions. He did not change his allegations in relation to his pre-trial testimony, while there are other facts that were brought to our attention.

I convey to you the apology of the accused. He concluded his apology: “I wish I could go back in time but unfortunately it does not come back”. He demanded his punishment and claimed that in no case is there an accomplice.

The accused gave his own view of what happened. What he did was guided by his child. He wants to give his help for the care of the child from both families “.

The 33-year-old pilot stayed in the investigative office for more than 4.5 hours. According to information, he allegedly claimed that everything happened in an instant due to the tension that had preceded. Finally, the accused apologized for destroying two families and the future of his child.

The confessed killer claimed that an expert report should be investigated and a report should be prepared, regarding the security camera that was installed on the ground floor of the house in Glyka Nera. The purpose of the defense is to determine, among other things, exactly when the memory card was removed from the camera.

The second request concerns the summoning of witnesses from the family and friendly environment of the couple in order to give the full picture of the relationship between them.