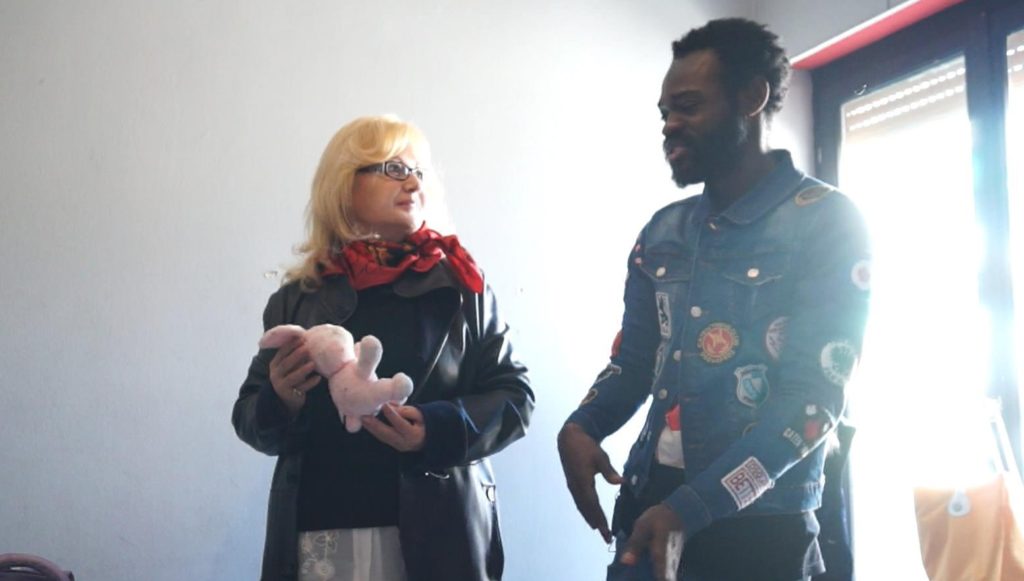 The background of little Valentine's long-awaited case and the shocking testimony that "showed" France from the beginning are some of the revealing figures presented at the Tunnel on Friday 14 February.
Share

A thrill of excitement caused to the audiences the audio documentary from France, with the message of life from Valentine herself.

“I’m Valentina, I’m fine. I’m with my mom, I’m fine. Tell my dad that I love him,”said the until yesterday missing girl, in a conversation with her father’s lawyer.

In the father’s interview with Angeliki that was shown, he claimed that the young mother had committed suicide after being raped.

But the woman, as the French authorities found out, was living in Lyon, something her father knew after sending his only daughter and then falsely declaring her disappearance.

Significant testimony that arrived at the Tunnel shed light on the case of the 7-year-old schoolgirl’s disappearance.

“During Christmas days, Abelca asked a relative of mine who knew him to take the girl with her permanently to France. But that didn’t happen, and the youngster’s father told us he had found another woman. She traveled from France to Greece to pick up the child and take her abroad,” said the key – witness “, which was confirmed a few days later by the developments.

In her talk at the show, she claimed that Valentine’s mother lives in France.

The whole background from the last interview of the father…

Answering Angeliki’s question, the 7-year-old student’s father claimed that there were no relatives of his daughter in France, trying to divert the investigations.

“There are some aunts from her mother’s side who live in Europe, but I don’t know exactly where. In France I only have friends.”

Abelca had threatened to take legal action because he disagreed with the case and viewers’ comments. When Angeliki replied that he had registered Valentine’s disappearance, he agreed to speak.

When he was asked about the child’s mother, he said she had committed suicide, something he now denies.

It is also worth mentioning the fact that he was calling the people and the broadcast to help him find his daughter, while he knew from the beginning where she was.

One of the father’s countrymen – friends, speaking on Tunnel’s camera a few days before the truth came to light, claimed he knew nothing about the 7-year-old schoolgirl’s fate.

He was annoyed by the publicity and wanted to move out to avoid police investigations. Generally he did not seem particularly willing to help locate the little girl.

“Valentine’s classmates were cheering at school…”

Parents from the 7-year-old Valentine’s school spoke at the “Tunnel”.

“Because we all loved this kid, we were very happy she was found alive. There was relief for the children. When her classmates heard the news, they were jumping out of joy,” said a mother of a Valentine’s classmate.

The parents of the children also congratulated Angeliki Nikolouli and her colleagues for their valuable assistance in the investigation.

The 7-year-old girl was spotted in France 53 days after her departure from Greece on December 21, not 23, as her father claimed.

For her identification, there was close cooperation between the French authorities and the Greek Police, something Tunnel had pointed out from the beginning.

Little Valentine’s father was released after his long-held apology to the Investigator on Friday, February 14.

He was required to appear three times a month in his area’s police station and a ban on leaving the country.