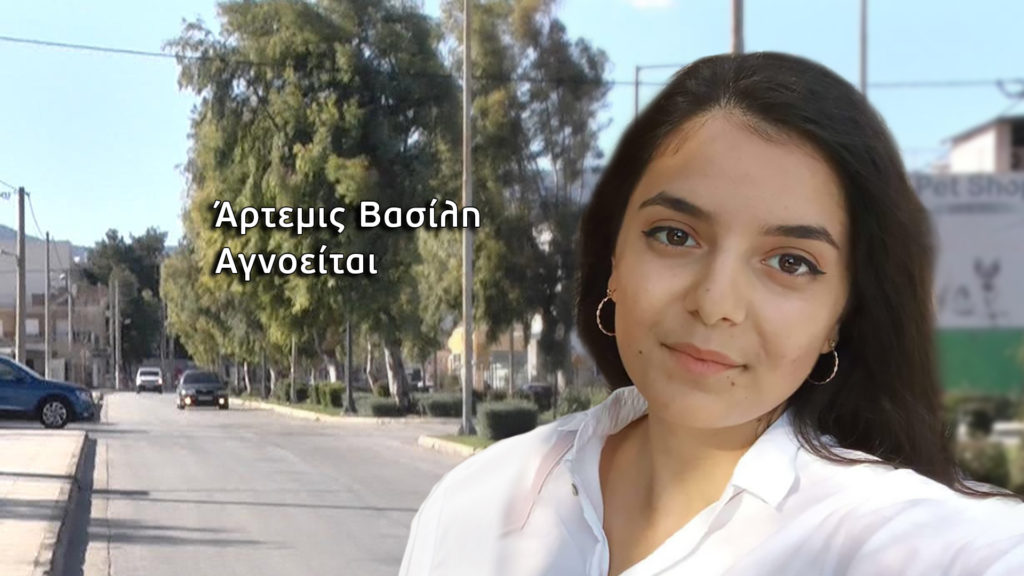 The highly acclaimed case of Artemis Vassilis is once again under the microscope of "Tunnel" investigations.
Share

Sixteen months after her mysterious disappearance in Koropi, the show returned to the place for a new investigation.

The last witness who saw her in life, responded to the search of the “Tunnel” and with a representation in the space, showed those details that “speak”.

It was around four in the afternoon of Friday, October 16, 2020, when the 19-year-old was last seen at the 2nd stop of Attica in Koropi.

About an hour before he had been recorded by a security camera passing by nearby. Then, everything was lost and her mobile phone was turned off at around six in the greater Pallini area.

Her father’s grief and pain overflowed on the “Tunnel” camera. He spoke from the Karela region about Golgotha, which his family has been experiencing all this time. In Karelas a while ago, the police had literally “plowed” the area after information that had reached the family, that Artemis was buried there.

The camera of the “Tunnel” was found in the area with obvious signs of digging. An area with many points – traps.

“It is difficult for the family, but we can not leave any information without examining it,” says lawyer Anastasios Dougas.

The investigations continued in the estate that was exploited by the family and some pointed out as a burial place of the 19-year-old.

“Because information had come that left implication for the family, here, in this estate, we asked the police to come and investigate,” says Mr. Dougas.

Earlier, the area behind the department store where Artemis would go to apply for a job was also investigated, as she had told her mother. But the family does not believe he ever got there.

“The girl knew the area and the department store. So there was no way she was lost or did not know where she was and asked to be shown the spot. “She must not have been the young woman who was called a witness at the time,” the lawyer concluded.

“What I saw early in the morning on Marathonos Avenue…”

The testimony of a woman who, in the early hours of Saturday, hours after Artemis’ disappearance, saw a girl who looked amazingly walking crouched on Marathonos Avenue, caused a sensation.

“Around 06:30 on the morning of Saturday, October 17, 2020, at the junction of Marathonos Avenue with Marinos Antipas, I saw a brunette girl with the characteristics of Artemis walking hurriedly on the street. At first I did not pay attention, but I was surprised by the time. He was wearing black pants, a white shirt and a backpack. I was going to Rafina with my sister. I can not be completely sure that it was Artemis, but she had the same cut and wore the same clothes as the ones you showed on the show. I have also given a statement to the Authorities because it is a pity for the girl. “I hope he is somewhere well and found”, the witness stated characteristically.