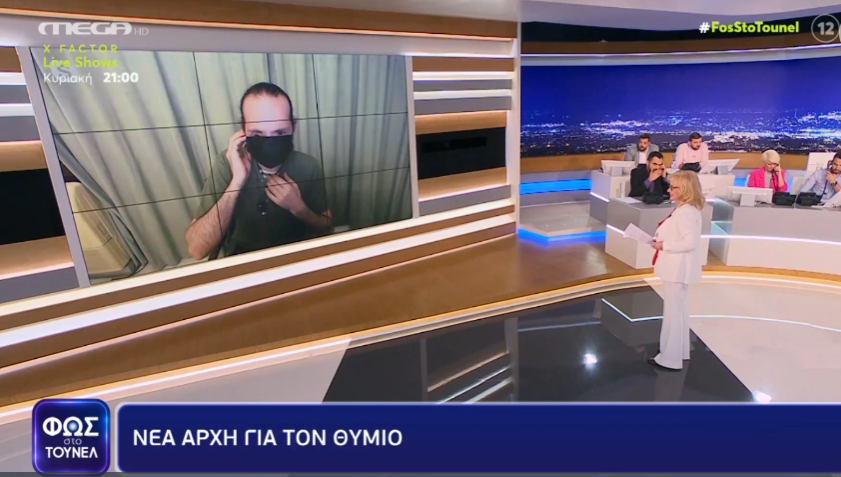 Thymios Bougas, the man who made the whole country aware of his history and became a symbol against bullying, spoke live for the first time in the "Tunnel", after the happy end of his adventure.
Share

In connection with the show from Pyrgos, he wanted to thank all those who were interested in him and want to help him.

Angeliki Nikolouli told him to leave behind all the negatives and accept the change in his life for a new beginning.

When asked by the journalist what he would say to the savage company that terrified him if he met her by chance on the street, he replied:

“Nothing, what can I tell them?”

Angeliki told him that some of the company have regretted the brutal bullying they did to him and now apologize, while the rest remain just as harsh.

“Since the apology came out, philotimo has been lost,” Thymios replied.

The Mayor of Pyrgos, Takis Antonakopoulos, spoke about the positive response of the people to the adventure of Thymio and about the immediate mobilization of the social services of the Municipality.

They found a house for him to live in with low rent, a restaurant in the area took care of his food for free, they took out his police ID and TIN. A significant amount has been approved by the city council for financial assistance and the process has begun to go through committees to receive the benefits to which it is entitled.

At the same time, the scientific forum “At the center of man”, led by journalist Natasa Bozini, has gathered doctors, hospitals and individuals who expressed their interest to help Thymios get back on his feet and restore health and his image, which was severely damaged after the accident he had. Many of them had also contacted the “Tunnel”.