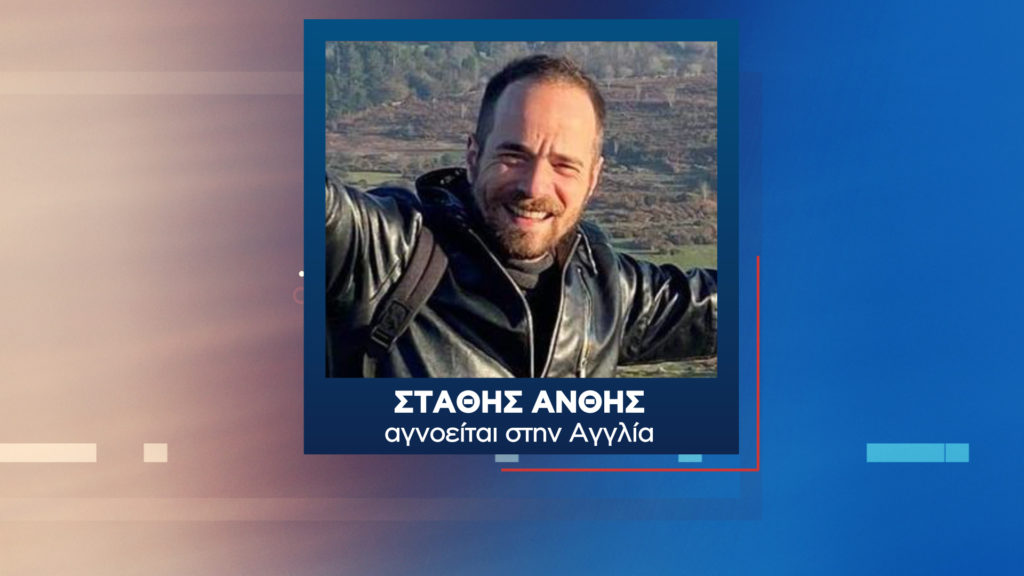 Endless thriller with the Greek waiter who got lost on an island in England.
Share

In a new audio document brought to light by “Tunnel”, the missing Stathis Anthis looks upset. He refers to a serious incident that happened in the hotel where he worked, shortly before he disappeared.

“A colleague died and was found dead at sea after three or four days. I am shocked. Yesterday I locked myself in the room and I did not speak to anyone. I do not know why I am so terrified,” he said to an acquaintance, obviously upset.

As the show revealed, the missing person had recently sent his CV to other companies, because for some reason he wanted to leave his workplace.

In the second video-document presented by the show, a key witness shows the place and how Stathis Anthis disappeared that morning of Monday, March 8.

“Do not stop searching for my child…”

Vassilis Anthis, father of the missing Stathis, appeals through the “Tunnel” not to stop the search for his finding.

“I spoke to him the day before he disappeared. He was anxious about the quarantine because he was not working but he had not told me anything special. At times he said he wanted to come back. Send us a message that he is alive. Do not stop searching for my child,” he said characteristically.

The brother of the missing, Dimitris Anthis, who traveled to England to do his own search, connected via Skype to the show, said that he will continue until he finds the truth.