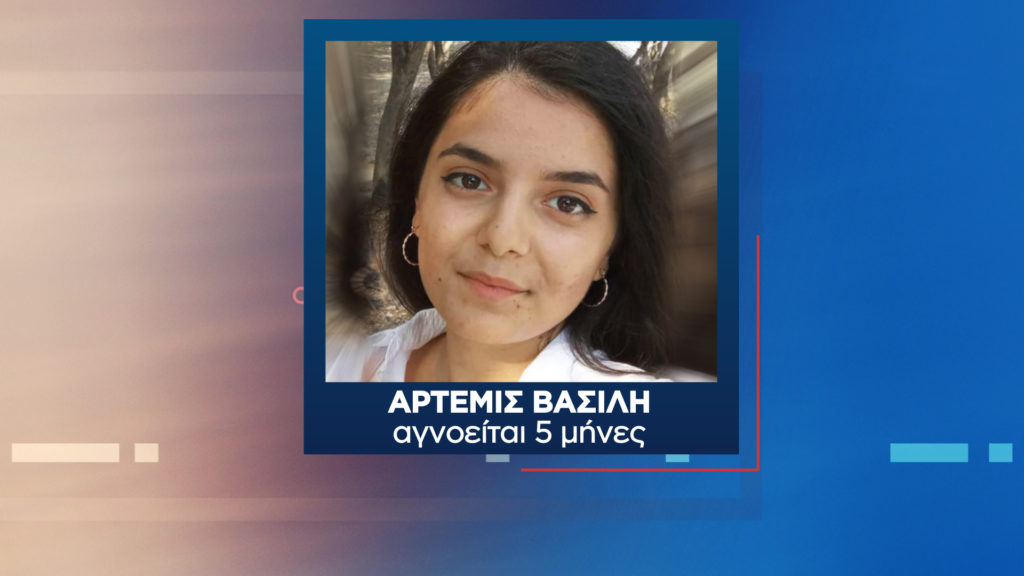 New developments in Artemis Vassilis's thriller… The "Tunnel" returned to Koropi from where she disappeared, used initial testimonies about the case and ended up on the bus that she boarded that afternoon.
Share

During the search in the path of the mystery, the overthrow occurred. A witness told “Tunnel” that the 19-year-old was seen that afternoon in the area asking for information on how to get to her destination, which was none other than the toy store, Jumbo.

The show located and spoke with the manager of the mobile phone store who allegedly saw Artemis shortly before she disappeared and talked to her.

“She came to the store and asked for information…”

The show located and spoke with the manager of the store who allegedly saw Artemis shortly before she disappeared and talked to her.

“A girl with the same characteristics and the same description of clothes came to our store and asked how she could go to Jumbo. I was informed about the disappearance on Facebook and I recognized her. When the police arrived, the footage from the cameras had been deleted. I explained to her how she would get to her destination and because it was a bit far away, she was a bit disappointed and left,” the witness said.

The girl when she went missing on Friday, October 16, told her family that she would go to the well-known department store to apply for a job. A camera recorded her walking around Attiki Avenue around 15.00 at noon. A relative has mentioned that he saw her waiting for the bus at the 2nd Attica stop.

It seems that the girl got tired of waiting there and went to the Christos Dounis stop, which was only five minutes away from where she was. It was a stop she often used and knew best, as she would get disoriented often. There a witness saw her boarding bus line 308, which passes in front of the department store where he intended to go.

Authorities also take for granted from their own investigation that Artemis boarded this bus that ends at the Mint and that witnesses somewhere have confused the hours.

“I knew her and saw her getting on the bus…”

An acquaintance and classmate of the missing Artemis claims that she saw her boarding the bus of line 308.

“On Friday, October 16, around 15:30, I was in the kitchen and the “Christou Douni” stop is just below my house. From there passes the 308, the 330, the 120 and the 309. So as I opened the curtain it happened to see the girl below. There were others at the stop as well. She was standing, wearing her headphones and going up and down. Then she got on the bus and left,” she said.

From the stop of Christos Dounis in Koropi, the place where according to testimonies Artemis was seen, the private investigator of the family, George Tsoukalis, stated characteristically in “Tunnel”:

“If we accept that the witness who informed your show and testified to the authorities correctly recalled her memory, it is very important what she said, that she boarded line 308. The specific bus also passes by the toy store that was intended to go to. The witness stated that she knew Artemis well. ”

“She went in and asked about the toy store…”

The camera of the show was found for a new autopsy on the route of line 308 from Koropi to the Mint, which, as everything shows, the 19-year-old missing girl finally boarded.

“Yes, she was not so outgoing, she was a low-profile girl, but she had shown no signs that she could have left alone,” said Mr. Tsoukalis.

A new, important testimony given on this route in the “Tunnel”, states that while Artemis was going to the toy store, she was confused and asked at a store how she would reach her destination.

“She was found near her destination…”

From the destination of Artemis, the private investigator George Tsoukalis, stated that the missing girl never arrived there, however her traces were lost nearby.

Local shopkeepers also spoke on the show. They handed over camera material to police in an effort to help find the tip of the iceberg.

“They returned it to us because they checked it and did not find anything,” said a store manager.

At the Mint the end of the journey…

The camera of the show was found at the Mint, the terminal of bus 308, where the 19-year-old missing girl seems to have boarded.

“In the wider area of ​​the Mint, there are several delinquents who move around the clock in parks and estates, creating a delinquency,” the family’s private investigator and technical adviser told Tunnel.

Artemis Vassilis on the day she disappeared was  wearing black capri pants, a white shirt with blue stripes and white sneakers. She was holding a black backpack. She had no identity with her.