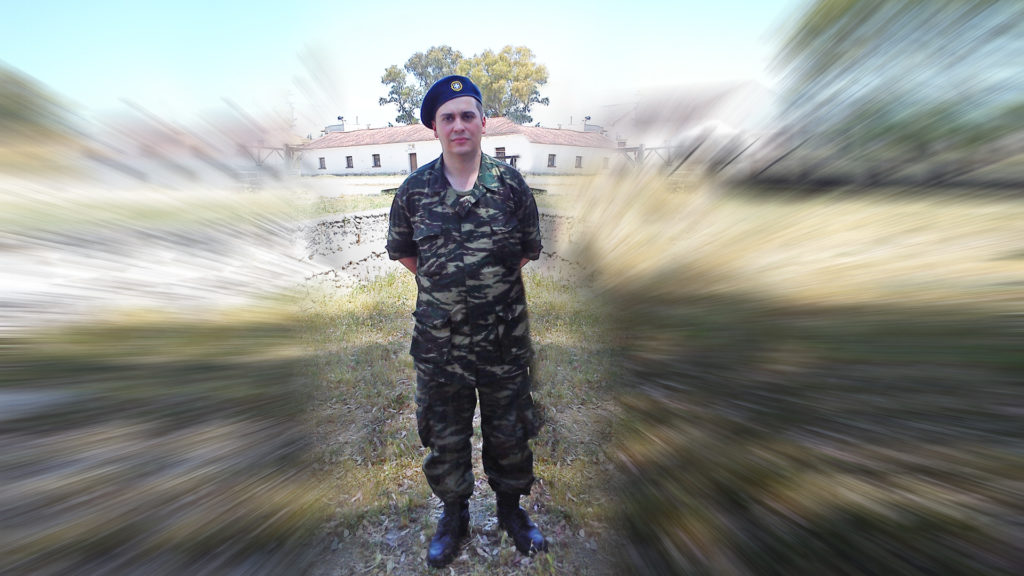 The case of the soldier in Evros is coming out of the file of unknown perpetrators for a new investigation.
Share

This information was given to the “Tunnel” by sources from the Ministry of National Defense. They said that the procedures have already started to reconsider the case of Alexandros Sartzis, since there is evidence that could lead to the perpetrator of his murder.

The family of the unfortunate soldier has been asking for the new investigation for years, since there are data and findings from the time, which have not been checked by the Forensic Laboratories.

The victim’s sister Maria Sartzi, in a live connection with the show, expressed the family’s desire for the Homicide Department, as well as the Criminology Laboratories, to deal with the case.

Alexandros – Athanasios Sartzis 28 years old, graduate mechanical engineer was found dead during his watch at noon on August 9, 2015, in the in the camp “Mylonas”, in Valtos Orestiada.

At first everyone talked about suicide. The technical advisor appointed by the family, Giorgos Rautogiannis, proved with a representation that someone tried to take his weapon from him and on the claim, it happened what happened.

About three years later, the Military Justice declared his death a murder and prosecuted for premeditated murder against unknown perpetrators.

“I saw him a few minutes before the incident…”

A soldier, witness at the camp, spoke to “Tunnel” about what happened before the tragic incident.

“We were not two people in the kitchen, but four. At that moment, as we were sitting, we heard a bang. We had a problematic lid there that was falling and it initially gave us the impression that this was it. When we went out, I saw someone saying, “Why? Why? ” I saw the child from the knees and below as it was visible behind the chariot. We went back to the kitchen, I poured water on my face and my colleague was pale, I was shaking and I was trying to calm him down. We were very shocked,” the soldier said.

“At two in the afternoon I went out to the canteen to buy something. I saw Alexander at the scene, next to a stack of concrete slabs. He was in the TOL with his hands in his pockets and he was going up and down. Not something suspicious. He had his gun strapped to his shoulder, he was not holding it in his hands. I did not know him well, but he was definitely a good boy. I remember a child who was timid and calm,” he added.

“They insulted his memory by talking about suicide…”

A very good friend and colleague of the unfortunate Alex, speaking in the “Tunnel”, described him as a pleasant person. A child who had no enemies, but friends.

“Alexander did not commit suicide! We know this from the first time. He had dreams, he was planning trips and how he would move forward in his life. It seemed wrong to me to try to insult Alexander’s memory in this way… The preliminary investigation had not even started and they named it a suicide. Thanks to the persistence of his family, the homicide was finally proven”, he said characteristically.