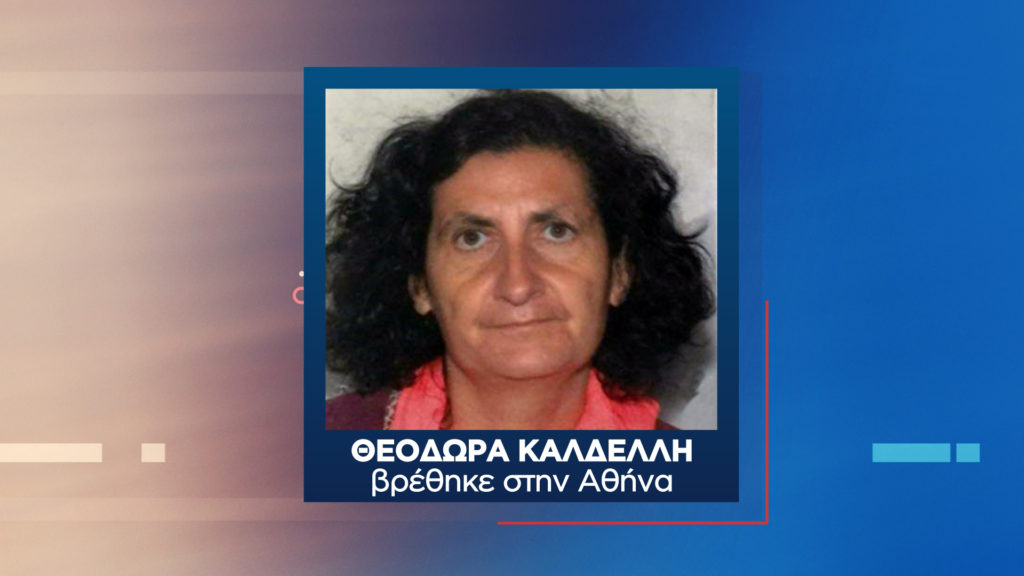 After the great mobilization of "Tunnel", the woman that the show and the Authorities were looking for, was found afflicted in Agioi Anargyroi.
Share

Theodora Kaldelli 47, was found sitting on the sidewalk on Ypsilantou Street on the night of Monday, November 9.

Locals helped her, giving her food, a jacket and some money to pay for the return ticket to Mytilene.

Then, they informed the Immediate Action and EKAB and the woman was taken to a hospital in Attica for preventive examinations, where a little later they let her go.

“She looked distressed, she told us that her personal belongings had been stolen and we immediately wanted to help her,” a resident of the area who called EKAB told “Tunnel”.

Until the necessary procedures are done to return to the island, she is accompanied by a distant relative who was located by her father.

The islanders who know her report in the “Tunnel” that Theodora needs medical care and treatment so that she does not get lost again.

Her traces were lost on Wednesday, October 28, from the wider area of ​​Psychiko.