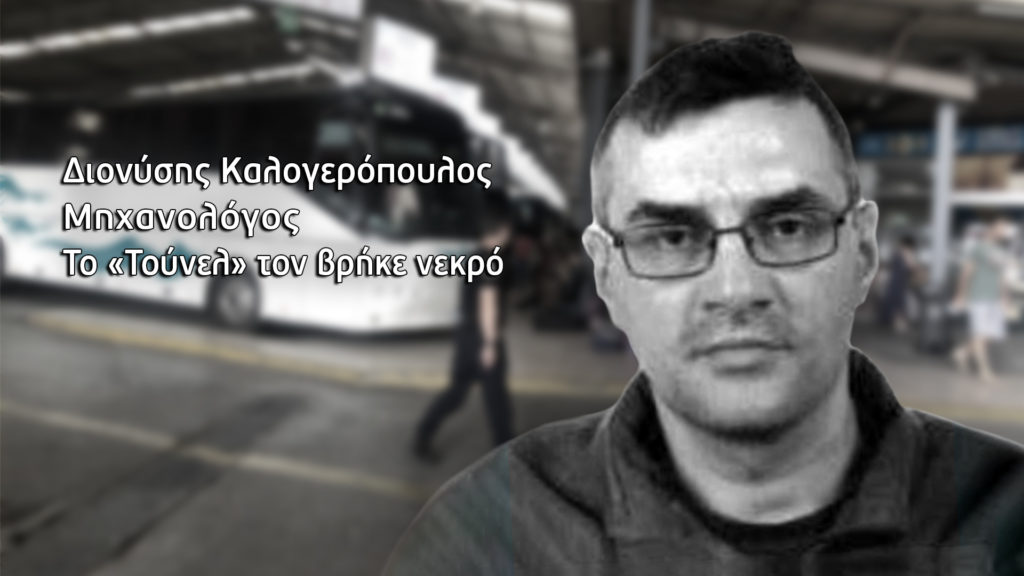 Dionysis Kalogeropoulos, 41 years old from Ilia, was found dead by the search of "Tunnel" in the refrigerators of "ELPIS" hospital, one day after his search on the show. He was forgotten there for nine days, without even having an autopsy.
Share

The show contacted the hospital’s management, who said:

“The sole responsibility for identifying a corpse and searching for their relatives rests with the police authority. The same applies to the transfer of the corpse to a forensic service.”

The response from the Agios Panteleimon PS, that is conducting the preliminary investigation after finding the body, was also immediate.

The reason he stayed in the refrigerators of “ELPIS” for nine days was the fact that no funeral service agreed to undertake the burial of the corpse and the transfer to the forensic service.

“They told us that their payment would be long overdue.”

For the disappearance of Dionysis Kalogeropoulos it had meant “Missing Alert”. From the first moment, we addressed the National Center for Health Operations (EKEPY) about whether there is a body of unknown data with the specific characteristics or whether there is hospitalization in a hospital. We do the same in every case of a missing person.”

According to Mr. Giannopoulos, the answer he received was negative, so there was no correct information.

The lack of coordination of the Authorities is noticed once again, since for two days the “Missing Alert” was shown in all the media.

According to the investigation of the show, the unfortunate man had lost his life from the second day of his disappearance in Athens.

Dionysis was located at the junction of Thira and Stavropoulou streets in the center in the early hours of Sunday, November 7. The Agios Panteleimon PS took over, which proceeded with a fingerprint examination. The engineer was not marked to reveal his identity and so simply, he was taken to the unwanted!

A man informed the show about the body that had been located at night in Athens and so the tip was found.

This story with the junk that has been repeated for years now, causes sadness and anger. One week ago, the show had found the lonely old woman Sofia Archimadritou from Egaleo drowned in Floisvos. The woman had lost her life since the first day of her disappearance, but the Police and the Coast Guard did not cooperate. (Read details)

Dionysis, a tanker engineer, had arrived in Athens on Friday, November 5, to visit a doctor. He would return the same day to Zacharo, where he was staying. Something seems to have happened and he remained in the capital resulting in his tragic death.

The difficult task of recognition was undertaken by his sister who was in the studio of “Tunnel” on Friday, November 12, hoping to find him alive. With the actions of the show, she was initially brought to contact with Ag. Panteleimon PS and then with the hospital “ELPIS”.

Read details about the case of Dionysis, HERE.