The research in the cases that moved the viewers in the past year is continuing despite the fact that Tunnel’s lights are turning off for the summer.
Share

Evangelia Lytinaki, 76 years old, has been missing since  six in the afternoon of Sunday, December 9, 2018, from Agia Marina, Chania, where she went to visit her siblings. On that day she took the bus as she used to go from Chania where she was living alone and went down to the bus stop where her three sibling’s  houses are located, on the old national road of Chania-Kissamos, about 7 km away, at Agia Marina Stoa.
Security camera of the first house where one of her two sisters lives, first recorded her  at 17:43 to get down to the stop.
She headed to her brother’s house next door, holding two bags. After a minute, she seems to go back to the bus stop without the bags. From there she took the stroller she had left with other groceries and food and headed back to her brother’s house. The time was recorded at 17:46.
Since then there has been no record of going to the opposite side to get the bus to return home. The investigation of the broadcast revealed murder, a version investigated thoroughly by the Authorities.
See in detail the revealing reportage of Tunnel, here.

The riddle of the sweet mother who was lost in Larissa remains unaltered. She has been missing  since the afternoon of the Carnival Sunday, March 10, from her father’s house in the area of ​​Agios Charalambos. A few days ago, Vasso Koukounassouli-Silevista had gone to Larissa from Lamia where she was living  to help her brother to get their mother into a rehabilitation center. Tunnel conducted a profound research in the city and thoroughly filtered out all the testimonies that arrived on the show.
See frame-by-step the methodical and persistent broadcast research around the case here. 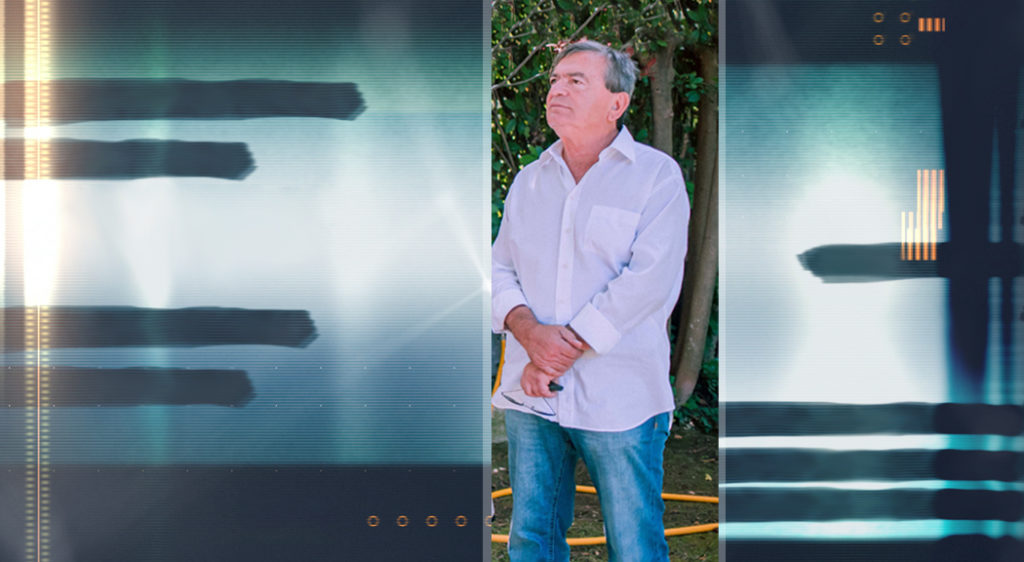 Far away from Spata, from where he was lost on March 16, 2018, was found what was left of the unfortunate Custom officer for who Tunnel was looking for. Thanassis Petsas 66 years old remains  were found in Mandra, Attica, nine months after his mysterious disappearance. The response from DNA testing was given to his family five months later. The fact that his body was located in a diametrically opposed area than from where he disappeared, raises questions to the Authorities, and so the investigation has been undertaken by the Department of Homocide. Petsas was the head of the Lavrio customs department for years, and he often went to court as a witness in difficult cases. On the day of his disappearance a similar court was postponed.  Tunnel found the point where they threw his body on a rough mountainous site in Mandra. There were traces of lime in the pit as well at the clothes were found with  the bones.

The search for the baker Kostas Mastoras, 62, is continuing.
He disappeared on Wednesday, April 3rd, by the Municipal Cemetery of Agioi Anargyroi where he had visited his child’s grave.
His car, a gray Ophel  Corsa, was accidentally spotted by Policemen on the evening of Monday, May 27, about a month and a half after the disappearance. It was at the junction of Stratigou Dagli and Rikaki Street in Kato Patisia, a short distance from the KTEL bus station on Liosion Street.
See more details here.

The double murder of Aegina

Shock and rage caused to the viewers the details that Tunnel brought to light for the double murder of Aegina.
Victims an aunt  and her nephew who found martyrian death by their murderers.
Everything happened  in the settlement of Agioi Asomata in Aegina, after 8:30 pm on Monday 30 November 2015. The perpetrators tortured Irene Protonariou and Lambros Marmarinos for an hour and a half, probably to retrieve information about money that the elderly had and then burned them alive, to clear their traces.
The family s lawyer Nikos Dialinas had filed a request with the Prosecutor of Piraeus to carry out an autopsy at the house of the martyrdom where victims were horribly killed. But the response from both the prosecutor and Police was negative as the case is under investigation.
See the reseearch of “Tunnel”, here.

In the microscope of “Tunnel” research remains the double murder  of Serres that shook the viewers. Dimitris Afedis and his son George were found dead in their house on Tuesday, July 28, 2015, from the daughter and sister of the victims. They had died of hemorrhagic shock about 3 hours ago, after multiple stab wounds they had received.
Authorities did not investigate double murder. They did so after the thorough investigation of Tunnel with special criminologists and coroners.
Tunnel recruited -the-art technology, and the place of shameful crime was portrayed digitally to help the research. With the help of experts, the “covered” traces of the perpetrator and his accomplice came to light. Bloody traces that they left at the scene of the crime.
– Bloody impressions of shoe soles were found in the blood pool created in the living room . The analysis showed that they belonged to two different types of shoes. This means that the killer might have been a co-worker.
See the deep ‘Tunnel’ research around the case here.